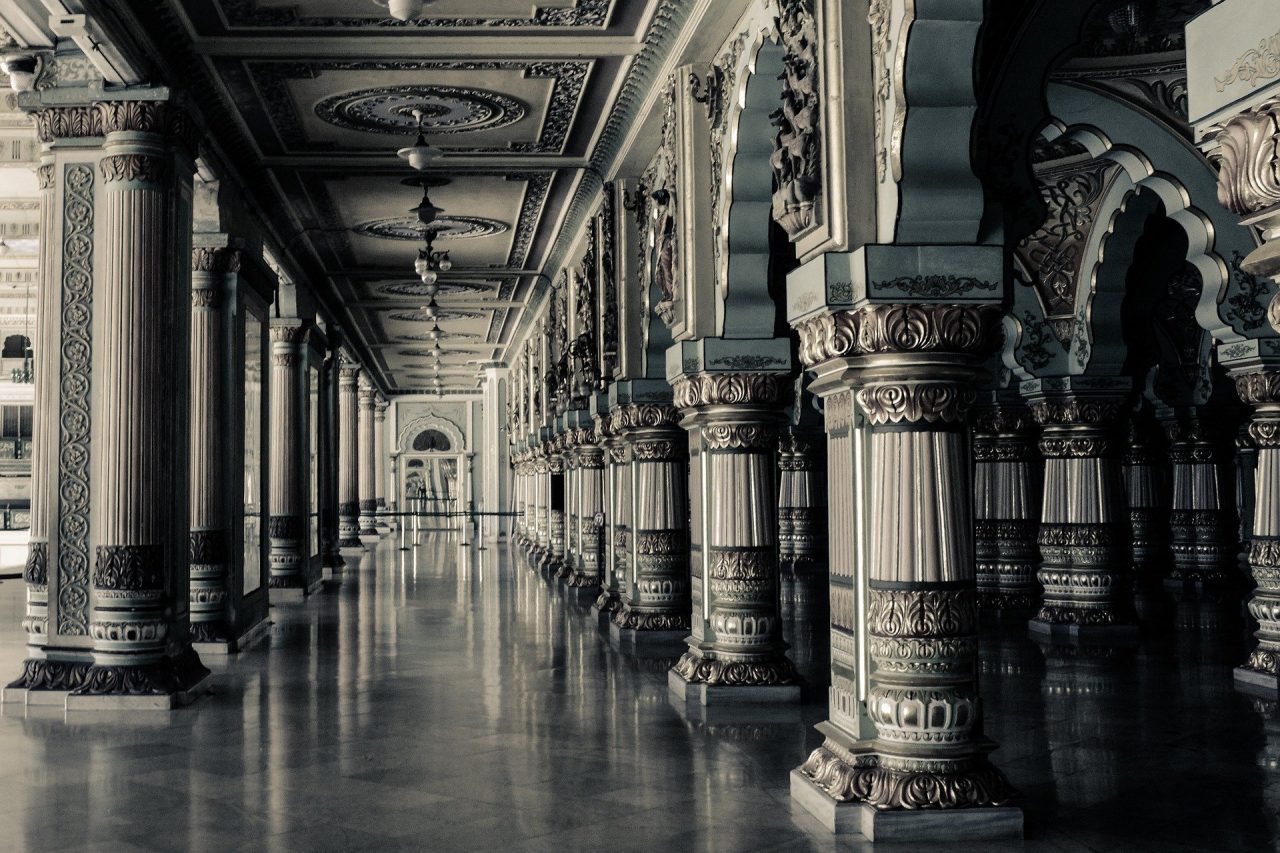 “The rise in Islamic extremism in France and the coronavirus pandemic have laid the groundwork for an increasing interference of the state in the nation’s educational system.

PARIS — The legitimacy of the practice of home schooling has been openly challenged by the French government through its recent draft bill “Reinforcing Republican Principles,” introduced in the Council of Ministers in December 2020.

Designed to address, in particular, the rise in Islamic extremism and the associated phenomenon of “separatism” (especially in the aftermath of the beheading of school teacher Samuel Paty for showing his class a cartoon depicting Muhammad), the bill also introduced significant restrictions with regard to freedom of education.

Indeed, the educational component of the bill notably establishes the principle of compulsory schooling for children from the age of 3 to 16, as well as the ban on home schooling, that would be permitted from 2022, “only for medical or material reasons or in case of a special situation of the child.” Until now, a simple declaration by parents to local authorities, accompanied with regular inspections, has been sufficient.

With approximately 62,000 home-schooled children (according to the figures compiled by the Ministry of Education in September 2020), of which 30,000 are children with special needs, France is currently a leading country with regard to home education in Europe, together with the United Kingdom. If the law were to be definitively adopted, more than half of these 62,000 children would have to leave the home-school path within two years.

No Relation Between Communitarianism and Homeschooling

For the supporters of the home-schooling system, the motivations for such legislation are not justified by the reality of the field. In fact, during a Jan. 15 hearingat the National Assembly, the head of the central intelligence within the territorial jurisdiction of the National Police Board, Lucile Rolland, said it was “extremely complicated” for her to make a “direct connection between the increase in communitarian attitude and the increase in home schooling.”

In the French context, “communitarianism” is a pejorative term that currently is applied primarily to politicized Islamist leaders and groups who push, sometimes violently, for social autonomy from the values that prevail in France’s secularized contemporary society.

Earlier in January, in another hearing at the National Assembly, the current French Defender of Rights, Claire Hédon, claimed that there was “no incompatibility in principle between a republican school and the freedom left to parents to choose the practical arrangements for their child’s education.”

While stressing that the bill would call into question several constitutional freedoms (such as the freedom of association, the freedom of conscience, worship and opinion) she noted that “the impact study provided no clear elements nor visibility on the profiles of the children and families concerned,” and that she had therefore “several reservations on the compatibility of the provisions introduced by the bill with the parents’ freedom to teach.”

Adopted on first reading by the Parliament on Feb.16, this section of the bill was rejected by the mostly conservative Commission for Education and Culture of the Senate, March 16. The full Senate is due to vote on it at first reading Thursday. In case of disagreement between the two Chambers, the Parliament will have the last word.

Regardless of the outcome of this legislative debate, for the various representatives of associations of parents home schooling their children, the introduction of such a bill has been revealing an underlying hostility on the part of the government against freedom of education.

In an interview with the Register, the secretary general of the Liberté éducationassociation, Jean-Baptiste Maillard, said that the bill was conceived amidst a backdrop of infringement to individual freedom in the country, and that rise in religious extremism and of social “separatism” served as a pretext for the government to seek to end to the growing home-schooling movement in the country.

Maillard supported his position by asserting that he never felt listened to during the Jan. 8 hearing he was granted at the National Assembly on behalf of his association, and said that there was no opportunity for dialogue.

“The government has been unable to provide figures that could show a correlation between the growing practice of home schooling and the rise in extremism in our society, despite the deputies’ requests,” he said. “And as far as we know, no school inspector was auditioned at the National Assembly, although 97% of their annual reports about home-schooled children are positive.”

The Return of ‘School War’?

But such divisions within the French society are not new, as the policy of the Social Democrat government led by President Emmanuel Macron has been consistently reflecting, in recent years, a will to grant the state greater influence over children’s education from the earliest stages of life.

In July 2019, the government already established the obligation of instruction from the age of 3. Shortly after, the French president created a special commission in charge of making of the first 1,000 days of the child’s life “a priority of the public action.”

“The controversy surrounding this new bill ‘reinforcing republican principles’ has revived the old debate that has been dividing the French society since the 1789 Revolution, that is: Who is in the best position to ensure the children’s greater good, the state or the family?” Anne Coffinier, the president of the groups “Créer Son Ècole” (Create One’s School) and “EducFrance” and founder of Foundation Kairos for Educational Innovation, told the Register.

She illustrated her point by mentioning a recent letter that Christophe Pacohil, the chief of staff to the minister of education, wrote in response to a parent who protested against compulsory education from the age of 3 and the new draft bill regarding home schooling.

While admitting that the phenomena of sectarianism or radicalization were very rare in the practice of home schooling, Pacohil said that the “deliberate choice” of families to home-school their children was “increasingly reflecting a desire to be on the bangs of society, to not or no longer want their children to mix with children of other backgrounds or faiths.”

Therefore, Coffinier commented, “it is the choice of home schooling that is fought in its very principle here, because it is seen as an anti-republican act of ‘social separatism’ in nature, and not because of its criminal misuse by radical Muslims.”

According to her, this same reasoning induced the minister of education to penalize the 4,000 pupils of the so-called lycées privés hors-contrat (private non-grant-aided high schools) by denying permission for them to benefit from exended assessmentfor the upcoming 2021 Baccalauréat exams, the degree that students obtain at the completion of their secondary education, in the context of the present COVID-19 health crisis and the subsequent school closures.

Her association “Créer Son Ecole” has initiated an emergency interim proceeding before the Council of State to have these pupils included in the continuous assessment plan, like all other high school pupils in France. The audience was supposed to be held on March 29 but was eventually postponed to April 8, while the Baccalauréat examinations are due to start on May 10.

“In such circumstances, it is difficult not to speak about a renewal of ‘School War,’” Coffinier continued, referencing the political debates surrounding the place of religion in education that rocked the nation in the 19th and 20th centuries.

“It is less pronounced than in 1984 when the Socialist government introduced a bill to make private schools disappear,” she added, “but when I see both the bill ‘reinforcing republican principles’ and the decisions taken for the 2021 Baccalauréat, it seems obvious to me that the Ministry for Education is trying to attack free schools and home schooling in order to slow down their growth.”

“There is such a crisis of confidence within the national education system nowadays that there is a clampdown on any form of alternative,” Coffinier said.

Alongside the activists who are pressing politicians for educational freedom, families themselves have been willing to take actions to defend what they consider to be their constitutional right to educate their children according to their conscience, and collectively called on their deputies and senators in order to have the government’s policy reversed.

Across the Atlantic, families in the United States who are equally attached to freedom of education, have reached out to Jean-Baptiste Maillard’s Liberté Education group to express their strong support.

“We’ve received messages from American people saying they were praying for France as they got a lot out of home schooling themselves, it was so encouraging!” he said, highlighting the fact that “the strong popular mobilization aroused by this bill is explained by the fact that these public policies affect the deepest and the most intimate dimension existing between parents and their children, which is extremely problematic from multiple viewpoints.”

Maillard reckoned that there is a widespread awareness among the French population that what’s at stake goes far beyond the 62,000 children who are home-schooled today, and concerns all the children who might need home schooling at some point of their life in the future, even for short periods of time.

“We’re fighting for the future generations, to make sure that parents remain the first educators of their children — as the only countries where it is no longer the case are totalitarian regimes.””